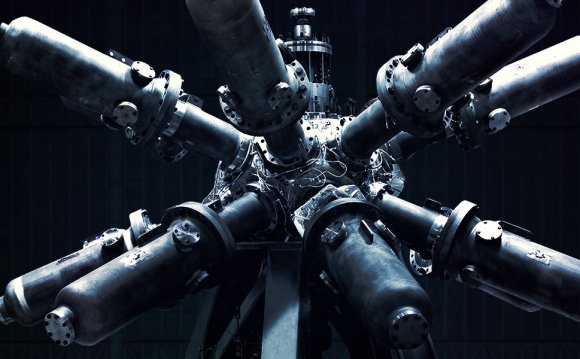 Vancouver fusion energy pioneer General Fusion is returning to the crowd-wisdom well again to source a solution for detecting significant patterns in data from its plasma experiments via InnoCentive, a Massachusetts-based innovation crowdsourcing platform with a roster of 355, 000 registered “solvers” from almost 200 countries.

In August, General Fusion challenged the crowdsourcing platform to come up with a written proposal for a “robust seal technology” capable of withstanding extreme temperatures and repetitive hammering for the purpose of isolating “the molten lead from the vacuum” inside their fusion reactor.

The winner of that challenge was Kirby Meacham, an MIT-trained mechanical engineer from Cleveland, OH with over 30 years of experience and 35 American patents to his name, who claimed a $20, 000 U.S. prize.

“We will tap into the global wealth of knowledge in data mining for ideas from a wide range of other industries, ” says General Fusion crowdsourcing project leader Brendan Cassidy. “Participants do not need to be plasma physicists, but people who have a knack for finding statistical patterns and correlations in large amounts of complex data.”

According to the InnoCentive page for General Fusion’s “Data-Driven Prediction of Plasma Performance” challenge, the prize is $20, 000 U.S. “for the best performing algorithm”, while several secondary $2, 000 awards are available “for identifying novel correlations that predict a shot’s performance.”

“Recently we began developing a new plasma system with some significant changes to the plasma test chamber, particularly a quasi-spherical geometry that more closely matches what we expect in the core of our power plant, ” writes the company.

As for the particular challenge General Fusion is looking for help on, the company writes on their blog, “For this challenge, we are opening up the experimental data collected from a series of tests using PROSPECTOR, General Fusion’s best-performing plasma injector which has created the longest-lived compact-toroid plasmas of their type.”

The PROSPECTOR plasma injector is the result of a series of design iterations that General Fusion has gone through.

“When operating, every five to ten minutes PROSPECTOR created a single compact toroid plasma which lasts for anywhere between a few hundred microseconds to over a millisecond – we call each of these ‘shots’, ” says General Fusion. “Our shot data includes signals from nearly one hundred probes measuring things like magnetic field strength, plasma density and the spectral composition of plasma light. There are also configuration settings for each shot, and calculated single point, or scalar, metrics.”

“Over five years, approximately one hundred thousand plasma shots have been executed by General Fusion, ” the company writes on its challenge page. “Each shot produces hundreds of megabytes of data from hundreds of diagnostic channels and control variables.”

“Plasma is weird, ” writes Lev Grossman. “It’s a fourth state of matter, neither liquid nor solid nor gas. When you torture plasma with temperatures and pressures like these, it becomes wildly unstable and writhes like a cat in a sack. So not only do you have to confine and control it, and heat it and squeeze it; you have to do all that without touching it, because at 100 million degrees, this is a cat that will instantly vaporize solid matter.”

Assign Ledger to a user in Fusion General Ledger