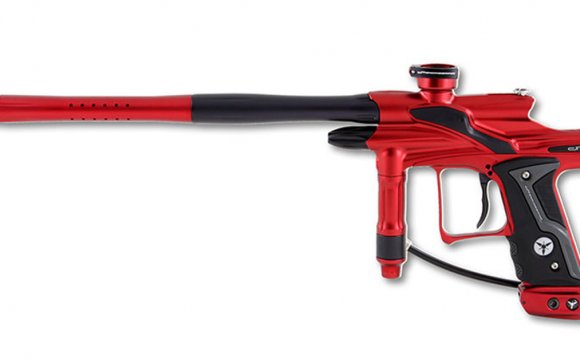 The Dangerous Power Fusion FX is a direct competitor to the Planet Eclipse Etek 3. The two paintball guns, especially the DP Fusion FX, bring a lot to the table. We will keep it on the DP Fusion FX though.

Here are a couple features of the gun:

Here are the marker specifications, or specs:

Like I said, this marker is a direct competitor to the Etek 3. The marker itself also comes with some goodies for a really good price. For instance, take the OLED board for example. The Etek doesn’t come with this standard. The DP Fusion FX has actually brought a lot to the table in terms of getting actual value for your money.

The marker itself comes with all metal parts. The frame and feed neck, and everything come all aluminum standard. This is nice, especially if you like the fact of having an all metal paintball gun. The composites hold up well, but everyone has their preferences. That’s fine.

Maintenance on this marker is also a breeze. You can clean, lube, and put the DP Fusion FX all back together in under 5 minutes. It involves pulling the bolt out of the back and unscrewing the ram. Easy as cake. Then just slide it all back in the back of the marker and put the cap back on the rammer housing. Enough said about that. It’s simple.

The DP Fusion FX shoots pretty good for the level of paintball marker it is. It is an air forward/spring back system so you get some pro’s and some con’s here with this. I’m sure you will agree that the pro’s outweigh the con’s. The pro’s of this system is that it is a simple design with less to go wrong but the main pro is that you get insane air efficiency. This is due to not having to use air to return the bolt. Instead, the spring does this job for you, letting you conserve air. The con to having this design is that you get a little bit of vibration while shooting the marker. It’s not a lot, and most of you won’t mind, as you are getting a ton of shots off this paintball gun. But the vibration is there, so it would be a con if you had to complain.

So how efficient is the DP Fusion FX? If you pick up this paintball gun, expect around 1.5k to 1.7k shots off of a 68/45, more around the 1.5k range. Bigger tank equals more shots. Smaller tank equals less shots. So on and so forth. So there is your efficiency.

Another thing I really liked about the DP Fusion FX is that it basically has 2 triggers in one. That’s pretty neat. The switchblade trigger allows you to turn around the trigger for two different trigger styles. There’s really no need to go get an aftermarket trigger, unless you like it flat. That being said, the adjustments for the trigger are great too. Dangerous Power did an excellent job designing this trigger system.

Probably the biggest pro for this marker is the OLED board as listed above. Other markers in this price range just don’t come with that. Granted, the OLED board on this marker has a learning curve. You need to learn the board and it can take time and lot’s of reading through the manual. But in the end, it’s worth it. The board comes with every mode you can think of and really is all you should need. Out of the box, this marker comes ready to play some paintball. That’s always nice to see.