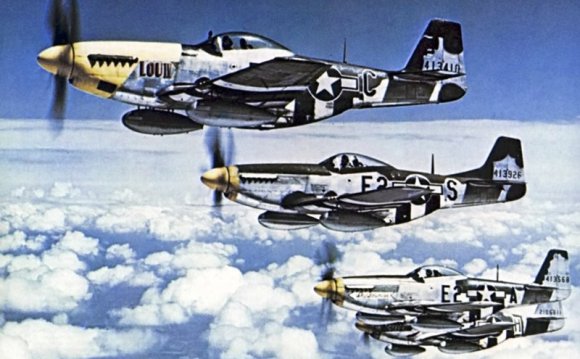 Usually, uniformity is an important factor for PCM cyclability; indeed, the lattice parameters () of ​GeTe and ​Sb2Te3 constructing the flagship (GeTe)n(Sb2Te3)m alloys only deviate slightly (~2.2% for HEX lattice and ~1.0% for rocksalt lattice). In contrast, Si-Te, Al-Te and Cu-Te alloys all have noticeably larger lattice mismatch with ​Sb2Te3. Not surprisingly, their incorporation into ​Sb2Te3 causes severe phase separation, . ​TiTe2 has the same HEX lattice as ​Sb2Te3, but a ~11% lattice parameter () mismatch with ​Sb2Te3 (ref. ). Still it is capable of forming superlattice with ​Sb2Te3 (ref. ). To understand this unique and unexpected behaviour of TST, we performed first-principles calculations (see Methods for details).

The ​ST belongs to the space group and is composed of HEX close-packed quintuple atomic layers along the c-axis (Fig. 4a). Rather than modelling the exact experimental composition, we calculate the formation energy of a single Ti atom at various ​ST lattice sites in a 135-atom supercell to examine the effects of introducing Ti. The most stable site for the Ti is to replace Sb (TiSb) with six Te nearest neighbours (Supplementary Fig. 5). X-ray photoelectron spectroscopy (XPS) analyses (Supplementary Fig. 5) confirm this Ti-Te bonding. To identify the bonding chemistry between Ti and Te, Fig. 4 shows the charge density difference (CDD): in the Sb-centred atomic motif (Fig. 4b), there are three strong and three weak bonds. In contrast, in the TCAM (Fig. 4c), all the six bonds between Ti and Te are strong (covalent) bonds with noticeable charge accumulation at the bond centre similar to ​TiTe2 (ref. ). Ti has the electronic configuration; the strong covalent interaction is originated from the overlapping between Ti-3 and Te5 orbitals. This covalent bonding may account for the rigidity of the TCAMs during phase transition. To compensate for the local rigidity, Te-Sb bonds in the adjacent layer without the Ti are significantly elongated and weakened, as indicated in Fig. 4a by dashed lines. These weakened bonds may be deformed to accommodate the 11% lattice mismatch with ​ST. They may also be ruptured to break the long-range order during amorphization, leading to a low-energy Reset operation as shown in Fig. 2.

(a) Hexagonal lattice of Ti0.4Sb2Te3 with charge density difference. The differences are calculated with respect to that of a superposition of isolated atoms. The isosurface (transparent yellow area) shows electron pileup mostly at the bonds. The isosurface value is fixed at +0.005 e a−3 (=bohr). (b) The Sb-centred atomic motif has three strong bonds and three weak bonds. (c) The Ti-centred atomic motif has six strong bonds and no weak bond. The formation of six strong Ti-Te bonds weakens some of the adjacent Te-Sb bonds (dashed line in (a)).

Figure 5a shows the calculated atomic structure of a-TST by using the melt-quench molecular dynamics technique. Figure 5b, c compare the coordination number (CN) and bond angle distribution (BAD) between a-TST and a-GST. Note that CNs for Ge in a-GST are 3, 4 and 5, whereas those for Ti in a-TST are mainly 6 and 7, respectively. These can be contrasted to the ideal CN for rocksalt=6. We also notice that, with respect to the ideal 90° rocksalt bond angle, the peak position of the bond angles for Ti decreases by 5° to 85°, while that for Ge increases by 5° to 95°. It has been established that a-GST has both tetrahedral Ge of sp bonding (109.5°) and octahedral Ge of bonding (90°), . The 95° Ge peak in Fig. 5c is consistent with the coexistence of sp and bonding. In comparison, the BAD peaks for Sb and Te in both a-GST and a-TST remain to be around 90° (see inset in Fig. 5c). In contrast, the higher CN and less-than-90° BAD of Ti suggest that the TCAMs in a-TST remain to be octahedrons with perhaps some distortions. Specifically, 42% of the Ti are in the form of Ti-Te6 or Sb-Ti-Te5 and another 41% are sevenfold coordinated. We speculate that the sevenfold motifs may be easier to transform to sixfold TCAMs on phase transition than the Ge motifs with CN≤5. Thus, fewer bond breaking may be required, accompanied by considerably less structural changes, for the TCAMs in Fig. 5d to form nucleation centres for the subsequent growth of the c-phase. In this regard, we note that the structure ordering of growth-dominated AgInSbTe may take place by aligning Sb-centred octahetrons near the amorphous to crystalline boundary. The Sb-centred octahetrons in a-TST, around TCAMs as the nucleation centres, may also be easily aligned to realize long-range order.

(a) The amorphous structure of Ti0.4Sb2Te3 (TST), showing a majority of the Ti, are bonded with Te and sixfold coordinated in an octahedral-like geometry. (b) The coordination number distribution of Ge and Ti in the respective amorphous model. (c) The bond angle distributions (BADs) around Ge in amorphous Ge2Sb2Te5 (GST) and Ti in amorphous TST. Inset shows the BADs around Sb and Te in amorphous GST and TST, respectively. Vertical dash lines indicate the positions of 60, 90 and 109.5°. () Proposed Ti-centred atomic motifs (TCAMs) in amorphous and crystalline TST.

One may also compare the crystallization speed in terms of the ABAB-type four-membered rings, where A=(Ge and Sb) or (Ti and Sb) and B=Te. These distorted four-membered rings, proposed by Akola et al. and Hegedüs et al. to resemble the chemically ordered structural blocks of the rocksalt phase, may serve as the nucleation sites, whose rapid growth and accompanied reorientation aided by a large concentration of cavities may explain the observed rapid crystallization of the ordered phase. Figure 6a shows that, among all the four-membered rings, a-TST has a larger number of ABAB rings than those of a-GST. Furthermore, inset in Fig. 6a shows that, per Ti (Ge) atom, the number of rings is twice more than that of rings. This means Ti is obviously more likely to form four-membered rings than Ge does. All these analyses consistently suggest that Ti doping increases the probability and the number of the nucleation centres. Hence, crystallization of the TST should be a nucleation-dominated process, which is also the case for GST (Fig. 6b (first row)).

Powers of Time by Eames Design - A Time-Travel

David Icke - Breaking The Spell & The Full Magnitude of ...