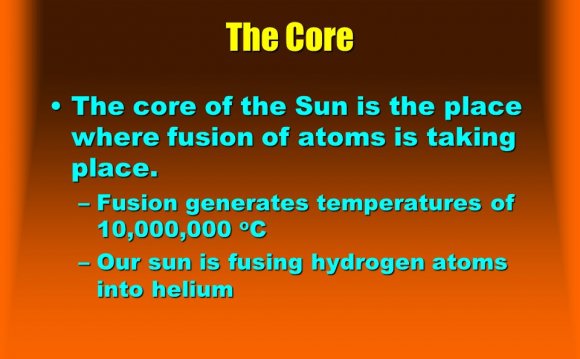 Fusion is the process that powers the sun and the stars. It is the reaction in which two atoms of hydrogen combine together, or fuse, to form an atom of helium. In the process some of the mass of the hydrogen is converted into energy. The easiest fusion reaction to make happen is combining deuterium (or heavy hydrogen) with tritium (or heavy-heavy hydrogen) to make helium and a neutron. Deuterium is plentifully available in ordinary water. Tritium can be produced by combining the fusion neutron with the abundant light metal lithium. Thus fusion has the potential to be an inexhaustible source of energy.

To make fusion happen, the atoms of hydrogen must be heated to very high temperatures (100 million degrees) so they are ionized (forming a plasma) and have sufficient energy to fuse, and then be held together i.e. confined, long enough for fusion to occur. The sun and stars do this by gravity. More practical approaches on earth are magnetic confinement, where a strong magnetic field holds the ionized atoms together while they are heated by microwaves or other energy sources, and inertial confinement, where a tiny pellet of frozen hydrogen is compressed and heated by an intense energy beam, such as a laser, so quickly that fusion occurs before the atoms can fly apart.
Who cares? Scientists have sought to make fusion work on earth for over 40 years. If we are successful, we will have an energy source that is inexhaustible. One out of every 6, 500 atoms of hydrogen in ordinary water is deuterium, giving a gallon of water the energy content of 300 gallons of gasoline. In addition, fusion would be environmentally friendly, producing no combustion products or greenhouse gases. While fusion is a nuclear process, the products of the fusion reaction (helium and a neutron) are not radioactive, and with proper design a fusion power plant would be passively safe, and would produce no long-lived radioactive waste. Design studies show...