Nuclear fusion as a power source 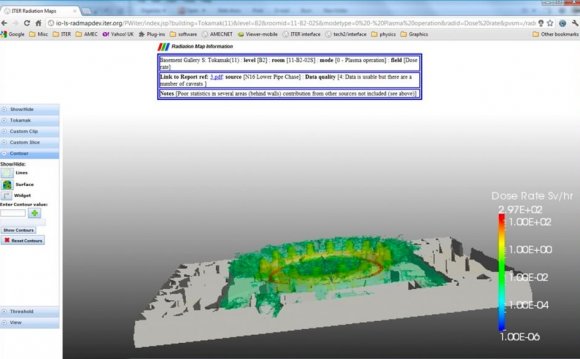 US researchers have achieved a world first in an ambitious experiment that aims to recreate the conditions at the heart of the sun and pave the way for nuclear fusion reactors.

The scientists generated more energy from fusion reactions than they put into the nuclear fuel, in a small but crucial step along the road to harnessing fusion power. The ultimate goal – to produce more energy than the whole experiment consumes – remains a long way off, but the feat has nonetheless raised hopes that after decades of setbacks, firm progress is finally being made.

Fusion energy has the potential to become a radical alternative power source, with zero carbon emissions during operation and minimal waste, but the technical difficulties in demonstrating fusion in the lab have so far proved overwhelming. While existing nuclear reactors generate energy by splitting atoms into lighter particles, fusion reactors combine light atomic nuclei into heavier particles.

In their experiments, researchers at the National Ignition Facility at the Lawrence Livermore National Laboratory in California use a bank of 192 powerful lasers to crush a minuscule amount of fuel so hard and fast that it becomes hotter than the sun.

The process is not straightforward. The lasers are fired into a gold capsule that holds a 2mm-wide spherical pellet. The fuel is coated on the inside of this plastic pellet in a layer as thin as a human hair.

When the laser light enters the gold capsule, it makes the walls of the gold container emit x-rays, which heat the pellet and make it implode with extraordinary ferocity. The fuel, a mixture of hydrogen isotopes called tritium and deuterium, partially fuses under the intense conditions.

The scientists have not generated more energy than the experiment uses in total. The lasers unleash nearly two megajoules of energy on their target, the equivalent, roughly, of two standard sticks of dynamite. But only a tiny fraction of this reaches the fuel., the scientists say fusion reactions in the fuel released at best 17 kilojoules of energy.

Though slight, the advance is welcome news for the NIF scientists. In 2012, the project was restructured and given more modest goals after six years of failure to generate more energy than the experiment consumes, known as "ignition".

Results from the NIF facility will help scientists work out how to build a fusion reactor, but the centre is funded primarily to help the US understand how its stockpile of nuclear weapons is ageing. The experiments help to verify computer models that are used in place of nuclear tests, which are now banned.

Omar Hurricane, the lead author of the report, said the latest improvement came by controlling the implosion of the spherical pellet more carefully. In previous experiments, the pellet distorted as it was crushed, which seemed to reduce the efficiency of the process. By squashing the fuel more softly, helium nuclei that are produced in the fusion reactions dump their energy into the fuel, heating it up even further, and driving a cycle of ever more fusion.

"We are finally, by harnessing these reactions, getting more energy out of that reaction than we put into the DT fuel, " Hurricane said. The report appears in the journal Nature.

The dream of controlled fusion remains a distant hope, and Hurricane said it was too early to say whether it was even possible with the NIF facility. The researchers need to get a hundred times more energy from the fusion reactions before the process can run itself, and more for it to deliver an overall surplus of energy.

Steven Cowley, director of the Culham Centre for Fusion Energy near Abingdon in the UK, said the study was "truly excellent" and began to address the core challenges of what is known as inertial fusion in the lab. He said the team may need a bigger laser, or a redesigned capsule that can be squashed more violently without becoming unstable. "Livermore should be given plenty of time to develop a better capsule. It strikes me that we have only just begun to understand the fusion regime, " Cowley told the Guardian.

The Culham lab has taken a different approach, called magnetic confinement. As long ago as 1997, the facility generated 16MW of power with 24MW put into the device. "We have waited 60 years to get close to controlled fusion. We are now close in both magnetic and inertial. We must keep at it. The engineering milestone is when the whole plant produces more energy than it consumes, " Cowley said.

The experimental fusion reactor Iter, which is being built in France, is expected to be the first plant to produce more energy than it consumes. The project has faced delays of more than two years and overrun budgets, but is still an international flagship for fusion research. "Iter is going slowly but progress is happening, " said Cowley.

Nuclear Fusion by Laser : The Power of Light film from NIF

Analysis of nuclear power as a source of electricty