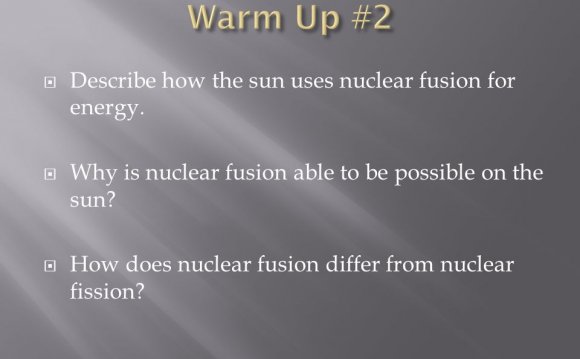 The conversion of hydrogen to helium in the sun offers solutions to Earth's energy problems. Photo: The Age

The long-held dream of producing power from nuclear fusion, the ultimate energy source, may be realised sooner than expected following a breakthrough experiment in Germany.

The nuclear-fusion experiment succeeded in producing for the first time a super-heated gas that scientists say paves the way to clean, cheap and safe energy.

A working fusion power plant would put an end to our fears of global warming.

The plume of charged particles – helium plasma – lasted for one-tenth of a second and was about one million degrees. But this was enough, experts say, to demonstrate that power derived from nuclear fusion could become reality sooner than expected.

The best example of nuclear fusion is the sun, which converts its store of hydrogen – the universe's lightest element – into helium, the second lightest.

This conversion occurs at the sun's centre, where temperatures reach a blistering 15 million degrees. As light elements fuse to form heavier ones – the process of nuclear fusion – vast quantities of energy are released.

"The German results, along with the ITER project in France, should confirm that stable fusion devices mimicking the sun can release abundant energy, without the volumes of toxic waste generated by nuclear fission, involving splitting the atom, " said Sydney University physicist Associate Professor Joe Khachan​.

Fusion reactors basically run on deuterium, a stable isotope of hydrogen. "There is enough deuterium in the world's oceans and water to supply humanity's energy needs for the next 5 billion years, " Associate Professor Khachan said.

"A working fusion power plant would put an end to our fears of global warming and operate on a fuel which could not be monopolised, " he explained. "It would do so without creating high-level radioactive waste or proliferation risks."

Moreover, unlike fission reactors, fusion reactors cannot run away and produce events like Chernobyl or Fukushima, Associate Professor Khachan said. "So you can say nuclear fusion power will be entirely safe."

Fusion is one of very few energy-producing processes capable of providing a foundation for interstellar travel, Associate Professor Khachan said. "This is because nuclear fusion can liberate millions of times more energy per unit mass than chemical reactions – and without using polluting, inefficient and potentially dangerous rocket fuel."

But he warned that Australia, being a nuclear-free country, would be reluctant to take on board nuclear fusion power.

"There will be requirements to have open and fair dialogue with the community and the debate could be quite fiery, " Professor Kalam said. "However, if we need to reduce reliance on coal, we need to put all options on the table. Without a doubt nuclear fusion would be top among these."