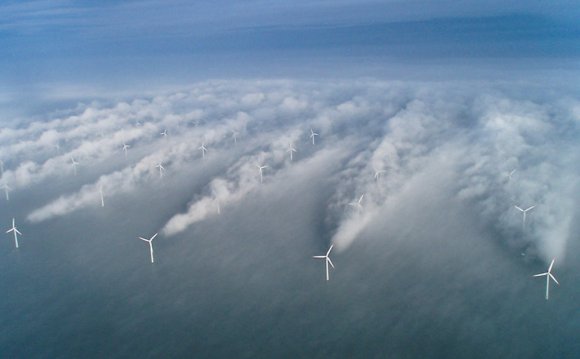 Nuclear fusion is the process by which multiple like-charged atomic nuclei join together to form a heavier nucleus. It is accompanied by the release or absorption of huge amounts of energy. To say it simply, nuclear fusion is process of joining two or more light atoms into one heavier with release or absorption of energy. The fusion of two nuclei with mass lower than iron generally releases energy while the fusion of nuclei heavier than iron absorbs energy.

Fusion is the process by which the Sun, and other stars, creates huge amounts of energy. In first phase star is mostly made of hydrogen. Big temperatures in the center of the star triggers nuclear fusion process in which hydrogen is converted into helium. Once core temperature reaches 130 million Kelvin star begins also nuclear fusion of helium into carbon and oxygen. That is the end for the small Sun like stars, but bigger stars continue to fuse carbon and oxygen into neon. Neon then can be fused into silicon. In final stage of the big star nuclear fusion creates iron from silicon.

Deuterium-Tritium fusion reaction.
The biggest nuclear fusion research project is project ITER - International Thermonuclear Experimental Reactor. Main goal of ITER project is to design and build an experimental fusion reactor in France. ITER's objective is to release ten times as much energy as is used to initiate the reaction: if 50 MW is put in, ITER should generate 500 MW.

Although different isotopes of light elements can be paired to achieve fusion, the Deuterium-Tritium (D-T) reaction has been identified as the most efficient for fusion devices. ITER and the future demonstration power plant DEMO will use this combination of elements to fuel the nuclear fusion reaction. The deuterium fuel is abundant, but tritium must be either bred from lithium or gotten in the operation of the deuterium cycle.

ITER reactor is based on the 'tokamak' concept of magnetic confinement, in which the plasma is contained in a doughnut-shaped vacuum vessel. Mixture of Deuterium and Tritium, two isotopes of Hydrogen - is heated to temperatures in excess of 150 million°C, forming hot plasma. Strong magnetic fields are used to keep the plasma away from the walls.

There is no possibility of a catastrophic accident in a nuclear fusion reactor resulting in major release of radioactivity to the environment or injury to non-staff, unlike modern fission reactors. The primary reason is that nuclear fusion requires precisely controlled conditions of temperature, pressure and magnetic field parameters in order to generate net energy. If the reactor were damaged, these parameters would be disrupted and the heat generation in the reactor would rapidly cease.

Nuclear fusion can also be used as a weapon. Such fusion weapons are generally referred to as thermonuclear weapons or more colloquially as hydrogen bombs. In this type of weapon normal nuclear bomb (fission bomb) is used to create huge temperatures to trigger fusion reaction. Unlike fission weapons, there are no inherent limits on the energy released by thermonuclear weapons. Only six countries—United States, Russia, United Kingdom, China, France and India—have conducted thermonuclear weapon tests. Fortunately, this type of weapon has not yet been used in warfare.

Cold fusion refers to nuclear fusion of atoms at conditions close to room temperature, in contrast to the conditions of well-understood fusion reactions such as those inside stars and high energy experiments. Interest in cold fusion was dramatically increased on March 23, 1989 when Martin Fleischmann and Stanley Pons reported that they had produced fusion in a tabletop experiment. By late 1989 mainstream scientists found that the evidence for the discovery of a new nuclear process was not convincing, but some scientists are still convinced that cold fusion is possible.

The first nuclear fusion experiment on earth was carried out in the early 1930’s. The experiment involved deuterium, the isotope of hydrogen with a mass of two. The Deuterium was placed in a particle accelerator and was bombarded with an accelerated beam of deuterium. The colliding of the two atoms caused them to fuse together and release energy. Although energy was released by the experiment, so much energy was required to create the beam of accelerated deuterium that no useful energy was produced.

China aims to get hybrid fission-fusion nuclear reactor up