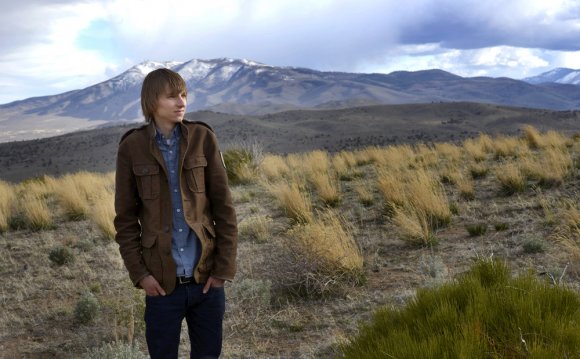 Tells the extraordinary story of science prodigy Taylor Wilson. By the age of nine, Taylor had mastered the science of rocket propulsion. At eleven, his grandmother’s cancer diagnosis inspired him to seek new ways to produce medical isotopes. And by fourteen, Wilson had built a 500-million-degree nuclear fusion reactor. How could someone so young achieve so much, and what can Taylor’s story teach us all about high-achieving kids—and human potential in general?

In, Tom Clynes recounts Taylor’s extraordinary journey—from unlikely but promising beginnings in an Arkansas town, to a unique Nevada high school designed just for academic superstars, to the present, where Taylor is designing devices to prevent terrorists from importing radioactive material and inspiring a new generation to take on the challenges of science. Through Taylor’s story, the book explores the challenges facing gifted children and their parents and educators, as well as the burgeoning world of amateur science. It also reveals how our education system shortchanges gifted students, depriving this country of one of its greatest resources, and what we can do to fix it.


You can order the book at Amazon, Powell’s, Barnes & Noble and from your local bookstore through IndieBound…or, I invite you to begin the story with me right here, right now:

“Propulsion, ” the nine-year-old says as he leads his dad through the gate of the U.S. Space and Rocket Center. “I just want to see the propulsion stuff.”

Situated next to the northern Alabama complex where NASA engineers designed and built the rockets that propelled America’s space program, the center showcases the world’s most impressive collection of high-flying hardware. Visitors can touch the scorched Apollo 16 command module, tumble-spin in a chair that mimics the frictionless vacuum of space, or command a mission in the space shuttle’s cockpit simulator.

But Taylor Wilson mostly wants to see the museum’s prize piece, the massive Saturn V rocket that launched mankind to the moon. Late that afternoon, father and son step inside the building built to house the reclining rocket, restored to its Apollo-era readiness. The tour guide, a young woman, leads their group of parents and children along the 363-foot-long behemoth suspended above the floor. As they duck under its five exhaust nozzles, each a dozen feet across, Kenneth Wilson glances at his awestruck boy and feels his burden beginning to lift. For a few minutes, at least, someone else will feed his son’s relentless appetite for knowledge.

The docent tells the group that the Saturn V is the most powerful rocket ever built. Churning out a million and a half pounds of thrust, it boosted America decisively past the Soviets, spiriting two dozen Apollo astronauts to the moon. Though the three-stage rocket is retired now, the guide says, it remains unmatched in its capacity to lift men and gear beyond the tug of Earth’s gravity. Producing thirty-two million horsepower at full blast, the Saturn could accelerate a spaceship from zero to seventeen thousand miles per hour in eight minutes.

Then Taylor raises his hand—not with a question, but an answer. He knows what makes this rocket go up. And he wants—he needs—to tell everyone about it, about how acceleration relates to exhaust velocity and dynamic mass, about payload ratios, about the mix of kerosene and liquid oxygen that the first stage burned at six thousand pounds per second. The guide takes a step back, yielding the floor to this slender, overexcited kid who’s unleashing a torrent of PhD-level concepts in a deep-Arkansas drawl as if there weren’t enough seconds in a day for him to blurt it all out. The other adults step back too, perhaps jolted off balance by the incongruities of age and audacity, intelligence and exuberance.

The nine-year-old tells the group that he designs and builds his own rockets at home in Texarkana. Next, he’s talking about the Saturn’s solid-fuel second and third stages, the comparative advantages of their propellants, the tradeoffs rocket designers make between thrust and cost, weight and safety. As the guide runs to fetch her boss—You gotta see this kid!—Kenneth feels the weight coming down on him again.

He and his wife, Tiffany, have done everything they can to nourish their older son’s manic, metastasizing curiosity. Since the first moments of his existence, Taylor has complicated, confounded, and chaoticized nearly every detail of his family’s lives. Indeed, Kenneth will look back on this particular day as one of the uncomplicated ones, when his scary-smart son was into relatively simple things, like rocket science.

Meet the Youngest Person Ever to Achieve Nuclear Fusion ...