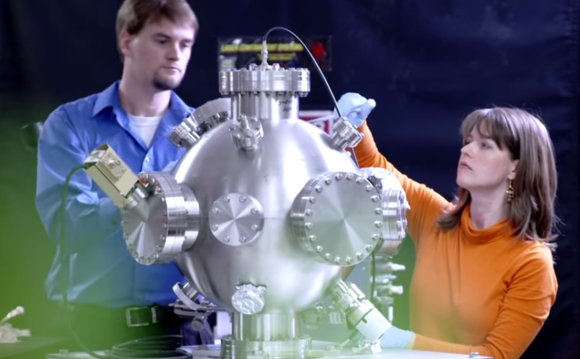 The world’s biggest energy research project, the $20bn ITER nuclear fusion reactor, entered a key construction phase last month, as contractors began to pour 15, 000 cubic metres of concrete into a pit in the south of France. It will house a huge doughnut-shaped machine, where scientists hope to tame the fusion reaction that powers the sun as a source of clean energy on Earth.

ITER is the standard bearer in a quest to generate power by fusing together the nuclei of hydrogen atoms, which dates back to the years after the second world war. This turned out to be far harder than it was to exploit fusion in explosive form in the H-bomb.

IN Innovation in Energy

Because the potential benefits of fusion power are so great – it produces far less radioactive waste than nuclear fission (splitting heavy atoms such as uranium) and its raw materials are almost inexhaustible – the industrialised world has persisted in the costly quest, in the face of sceptics who claim that its commercial application will always lie half a century in the future.

The ITER project was born at the Geneva Superpower Summit in 1985, when Mikhail Gorbachev of the Soviet Union and Ronald Reagan of the US agreed to launch an international initiative aimed at developing fusion energy for peaceful purposes. The initial signatories to what was originally known as the International Thermonuclear Energy Reactor – Russia, the US, EU and Japan – were joined later by China, South Korea and India.

Conceptual design work began in 1988, followed by increasingly detailed engineering design phases until members approved ITER’s basic design in 2001. But it was then a reactor without a site. A battle over its location finally ended in 2005 with agreement to build ITER at Cadarache, near Aix-en-Provence.

Since construction started in 2010, the project has fallen further behind the original schedule for a variety of technical, contractual and financial reasons. Now the organisation expects to begin experiments in 2020, though fusion fuel – the heavy isotopes of hydrogen: deuterium and tritium – will not be fed into the reactor until 2027.

The plan is then to have a superheated “plasma” of reactants, burning at 150m degrees and generating 500MW of energy – comparable to a medium-sized power station – for several minutes at a time.

David Campbell, the project’s head of plasma operation, says: “Although there are a lot of uncertainties in fusion plasma physics and it will take some time to optimise conditions in the reactor, the work already done [in smaller experiments and computer modelling] makes me confident there are no show-stoppers to prevent us producing a few hundred megawatts of fusion power.”

The latest design changes – adding more magnetic coils inside the reactor to control the plasma and lining the vessel with metal (tungsten and beryllium) instead of carbon – are intended to smooth the way to its successful production of fusion energy.

Meanwhile, tests elsewhere are contributing invaluable data. The Joint European Torus or JET, an EU facility hosted by the UK Atomic Energy Authority at Culham, Oxfordshire, is the most important, because it is the world’s largest existing fusion reactor and the closest to ITER in design.

JET has been running for more than 30 years, but still has several years working life. Its greatest moment so far came in 1997 when it created a world record 16MW of fusion power in short bursts of up to a second.

Since then, experiments at JET have used non-reactive hydrogen to test plasma physics, systems and materials for ITER. But Steven Cowley, UKAEA chief executive, is looking forward to another power-generating run with deuterium-tritium fuel in two or three years. “We are planning to break our world record by sustaining a fusion output of perhaps 20MW for six or seven seconds, ” he says.

The next step beyond ITER will be DEMO, a similar sized machine likely to be built in Asia. Its job will be to demonstrate sustained large-scale production of electric power and self-sufficiency in tritium fuel. If all goes well – politically and financially as well as technically – DEMO will be designed as ITER is running, in the hope that it could begin operations in the 2030s and feed fusion power into an electric grid in the early 2040s.

The ITER approach of magnetic confinement, confining the D-T fuel within an extremely powerful magnetic field, is the most generously funded fusion technology but not the only one. An alternative approach, called inertial confinement, involves focusing an array of ultra-powerful lasers or ion beams on a small pellet of D-T fuel – though its showcase, the US National Ignition Facility in California, is making progress more slowly than expected.