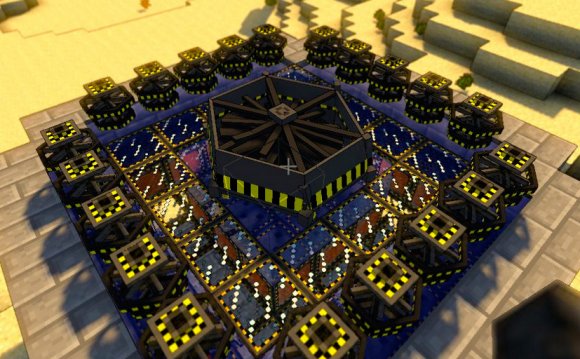 Robert Bussard, one of the giants of the field, claimed to his dying day he had cracked the problem

Above: a homemade “fusor” similar to the Polywell nuclear fusion reactor

Not many people have heard of Robert Bussard, but he was one of the giants of nuclear fusion research. But if an engineering solution for viable small, household size nuclear fusion reactors is ever discovered, they will almost certainly be largely based on Bussard’s work.

Electrostatic confinement has been well known since the 1930s. Small electrostatic nuclear fusion devices are sold commercially – as neutron sources. A small nuclear fusion reactor is an incredibly convenient way to produce a dense stream of neutron radiation, because as soon as you switch off the power, the plasma cools, and the radiation stops.

The problem is nobody has figured out how to extract more energy out of an electrostatic fusor, than you put into it. There is a long list of problems to be solved. One of the big problems with viable nuclear fusion is keeping the plasma hot enough – when you heat something to millions of degrees, it really wants to shed some of its heat. In electrostatic confinement systems, the violent acceleration / deceleration, as charged plasma particles bounce off the high intensity electric fields, causes a significant cooling of the core. There are also problems with the electrodes – keeping an electrode from melting, when it is in close contact with a superheated gas, is a significant engineering challenge.

Bussard at the end of his life, claimed to have solved these problems. He built a small prototype using a grant from the US Navy. Right up to his dying day, he was trying to raise funds, to build a full scale prototype, of his Polywell nuclear fusion reactor design.

The late physicist Robert Bussard worked for decades to try to show Polywell fusion could work, using a variety of Wiffle-Ball configurations. Just before his death in 2007, he claimed that he was getting close to solving the challenge with his WB-6 device.

After Bussard passed away, other researchers picked up the baton at EMC2 Fusion in New Mexico and continued building test devices. Most recently, Park and his colleagues used a redesigned Wiffle-Ball test device in a San Diego lab to show the Navy that their configuration could enhance plasma confinement even under incredibly high pressure — pressure levels that could not be achieved by, say, the ITER reactor.

Bussard’s prototype might not have worked. However Bussard was an extremely credible fusion researcher – unlike some rather dodgy characters in the “bubble” fusion field, Bussard really might have made that crucial breakthrough. When you consider the eye watering sums which are wasted on renewables, such as the huge loss sustained by the Federal Government when Solyndra collapsed, it really seems a shame that Bussard never got a chance to take the final step, to realise his dream of seeing his ideas tested in a full scale prototype.