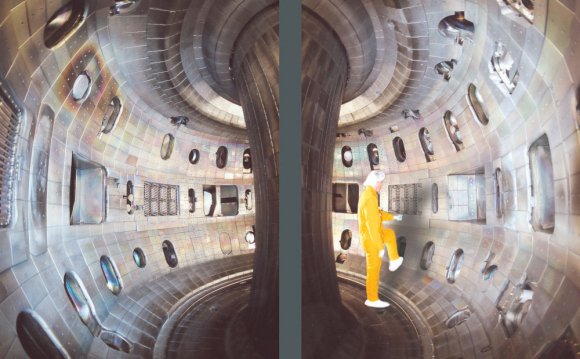 Today and tomorrow, officials from ITER in Cadarache, France, just north of Marseille, are meeting to discuss the beginning of construction of the thermonuclear reactor, as well as its scope and cost. The reactor is a very expensive science experiment, whose overall cost has ballooned to an estimated 15 billion euros. The European Union is funding about 45 percent of the reactor, which, if successful when it comes online in eight years, could be the world's first energy-efficient nuclear fusion reactor. All electricity-generating nuclear power plants in the world are fission, rather than fusion, reactors. The project has many other international partners, including the United States, Japan, South Korea, Russia, India and China. Scientists believe a fusion reactor may lead to cheaper and safer nuclear energy. Deutsche Welle spoke with ITER's principal deputy director general, German nuclear physicist Norbert Holtkamp, who is responsible for the project's construction.

Deutsche Welle: Can you tell us what's going to be happening at the meeting?

Norbert Holtkamp: At the meeting, the different countries will reach a final agreement on what we call the inter-baseline (will be reached). The inter-baseline entails three central things: the scope, so what exactly we are building; the schedule, meaning the time frame we build it in; and the total costs.

In a tokamak, blanket modules coat the inside of the chamber and directly face the hot plasma, like this one in the Tore Supra Tokamak also in Caradache, France

Can you give our audience a little bit of background on what the ITER reactor is and what a tokamak is?

The ITER is a tokamak, and a tokamak is a magnetic confinement device. What that means is big magnetic coils with very strong magnetic fields enclosing plasma. Through the plasma in the tokamak, one has to drive a very high current to heat up the plasma to 150 million degrees Celsius, which is about ten times the temperature of the sun's core. At this temperature the nuclei start to fuse. That's why it's called a fusion reactor. In the fusion process, energy is released (which we can use) later on to produce electricity.

Now how is this type of reactor different from the normal nuclear fission reactors we have here in Europe already?

This is a fusion process. So what we do is with light atoms, isotopes of hydrogen - deuterium and tritium - and they are in a gas. In this gas we drive the current and this drives the plasma. Fusion is a process where two nuclei melt together, and that releases energy in the form of very fast neutrons and helium. In a fission reactor, the nuclei are broken up and that also releases energy.

I understand that this is an experimental reactor, so is it going to be producing energy?

Well, it will produce energy, but we won't use this energy and make electricity out of it. The energy that we produce will be released into the atmosphere. We won't be using this energy in any commercial way. It's supposed to produce 10 times as much energy as we put into the plasma. That would be about 500 megawatts. That's quite a bit. About enough to feed a medium-sized city.

Where are you in the process of constructing this reactor?

In 2006, the ITER agreement was signed and those members are the European Commission, Russia, China, India, South Korea, Japan, and the United States. These are our partners. Since then we've built up the organization and the design. France, as the host country, is delivering the site, making sure the preparations are finished, including the roads and the harbor. The design is pretty much complete at this point and we have 60 percent of the total value of ITER under contract right now in the different countries that are delivering components to us. The countries don't give us money - they give us components, which is called "in-kind."

The ITER will heat up the plasma to 150, 000, 000 degrees celsius - ten times higher the temperature of the sun's core

What will this reactor do that the more traditional fission reactors can't do?

First of all, so far, the largest reactors, fusion reactors, that exist, one in the US, one in Japan, one in Europe, just has to use a Q of one. That means as much energy was produced as was put into the plasma. And that's only at 60 megawatts. ITER is the first fusion reactor that will produce much more energy than it uses. That still is a step that needs to be proven and there are scientific and technical questions that need to be answered and will be answered through the construction and operation of ITER.