What are quarks and gluons? 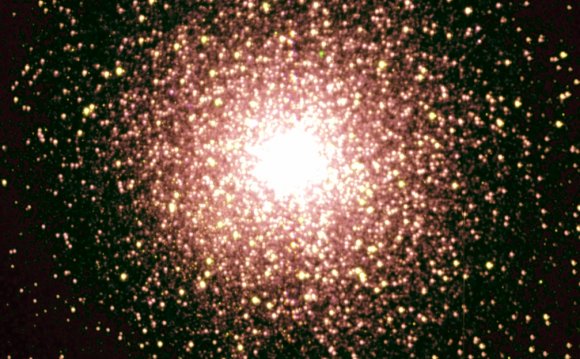 A soup of ultra-hot elementary particles could be the key to understanding what the universe was like just after its formation, scientists say.

Over the past few years, physicists have created this soup inside two of the world's most powerful particle accelerators — the Large Hadron Collider (LHC) in Switzerland and the Relativistic Heavy Ion Collider (RHIC) in New York — by smashing particles together at superfast speeds.

When two particles collide, they explode into pure energy powerful enough to melt down atoms and break apart protons and neutrons (the building blocks of atomic nuclei) into their constituent quarks and gluons. Protons and neutrons contain three quarks each, and gluons are the mass-less glue that holds the quarks together.

Hotter than the sun

"We now have created matter in a unique state, composed of quarks and gluons that have been liberated from inside protons and neutrons, " said Steven Vigdor, a physicist at Brookhaven National Laboratory, which hosts the RHIC. This bizarre state of matter is thought to closely resemble the form of matter in the universe just a few fractions of a second after it was born in the Big Bang about 13.7 billion years ago. [Album: Behind the Scenes at RHIC]

"Many critical features of the universe were established at those very early moments in the infancy of the universe, " Vigdor said today (Aug. 13) at the Quark Matter 2012 particle physicists conference in Washington, D.C.

Soon after this phase of the universe, quarks and gluons would have combined to form protons and neutrons, which would have grouped with electrons a while later to form atoms. These eventually built the galaxies, stars and planets that we know today.

To better understand how this happened, scientists aim to experiment on this primordial soup to study its properties, such as its viscosity, which is a measure of its internal friction, or resistance to flow. Compared with everyday liquids such as honey or even water, quark-gluon plasma has very little viscosity.

This plasma is also extremely dense, with particles packed in more tightly than neutron stars, the compressed balls of matter that result when some stars explode in supernovas.

"We do have now the tools in place to really experiment with it …and figure out precisely what kind of stuff this really is and why it has these extraordinary properties, " said Jurgen Schukraft, a physicist at the CERN physics lab in Geneva, home of the LHC.

What Are Quarks? (by Murray Gell-Mann) - Discovery Channel ...

Quarks and gluons with an unsung hero: Professor Graham Ross

perfect liquid of quarks and gluons