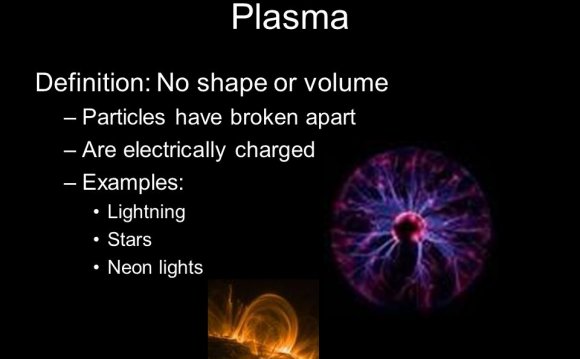 Plasma is a state of matter that resembles a gas but has certain properties that a gas does not have. Like a gas, plasma lacks a fixed volume and shape. Unlike a gas, plasma can conduct electricity and respond to magnetism. That’s because plasma contains charged particles called ions. This gives plasma other interesting properties. For example, it glows with light. Where can you find plasmas? The sun and other stars consist of plasma. Plasmas are also found naturally in lightning and the polar auroras (northern and southern lights). Artificial plasmas are found in fluorescent lights and plasma TV screens.

What is Matter and its States? Matter Part - 01 (Science)