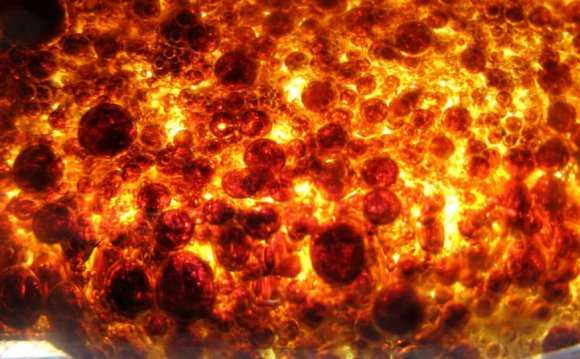 FOOTHILL RANCH, CALIFORNIA—In a suburban industrial park south of Los Angeles, researchers have taken a significant step toward mastering nuclear fusion—a process that could provide abundant, cheap, and clean energy. A privately funded company called Tri Alpha Energy has built a machine that forms a ball of superheated gas—at about 10 million degrees Celsius—and holds it steady for 5 milliseconds without decaying away. That may seem a mere blink of an eye, but it is far longer than other efforts with the technique and shows for the first time that it is possible to hold the gas in a steady state—the researchers stopped only when their machine ran out of juice.

“They’ve succeeded finally in achieving a lifetime limited only by the power available to the system, ” says particle physicist Burton Richter of Stanford University in Palo Alto, California, who sits on a board of advisers to Tri Alpha. If the company’s scientists can scale the technique up to longer times and higher temperatures, they will reach a stage at which atomic nuclei in the gas collide forcefully enough to fuse together, releasing energy.

“Until you learn to control and tame [the hot gas], it’s never going to work. In that regard, it’s a big deal. They seem to have found a way to tame it, ” says Jaeyoung Park, head of the rival fusion startup Energy/Matter Conversion Corporation in San Diego. “The next question is how well can you confine [heat in the gas]. I give them the benefit of the doubt. I want to watch them for the next 2 or 3 years.”

Although other startup companies are also trying to achieve fusion using similar methods, the main efforts in this field are huge government-funded projects such as the $20 billion International Thermonuclear Experimental Reactor (ITER), under construction in France by an international collaboration, and the U.S. Department of Energy’s $4 billion National Ignition Facility (NIF) in Livermore, California. But the burgeoning cost and complexity of such projects are causing many to doubt they will ever produce plants that can generate energy at an affordable cost.

Tri Alpha’s and similar efforts take a different approach, which promises simpler, cheaper machines that can be developed more quickly. Importantly, the Tri Alpha machine may be able to operate with a different fuel than most other fusion reactors. This fuel—a mix of hydrogen and boron—is harder to react, but Tri Alpha researchers say it avoids many of the problems likely to confront conventional fusion power plants. “They are where they are because people are able to believe they can get a [hydrogen-boron] reactor to work, ” says plasma physicist David Hammer of Cornell University, also a Tri Alpha adviser.

But burning hydrogen-boron fuel requires truly enormous temperatures, more than 3 billion degrees Celsius, and that will be “very challenging, ” says plasma physicist Jon Menard of the Princeton Plasma Physics Laboratory in New Jersey, who is not involved in the project. He says it’s very hard to predict how the gas will behave at higher temperatures. “I’m a little concerned that their [simulations] lag behind their experience, ” he says, but the approach “is worth further investigation.”

Like other fusion techniques, Tri Alpha’s device aims to confine a gas so hot that its atoms are stripped of electrons, producing a roiling mixture of electrons and ions known as plasma. If the ions collide with enough force, they fuse, converting some of their mass into energy, but this requires temperatures of at least 100 million degrees Celsius with conventional fuel, hot enough to melt any container. So the first challenge for reactor designers is how to confine the plasma without touching it. Facilities like the NIF rapidly implode the plasma, relying on its inward inertia to hold it long enough for a burst of fusion reactions. The ITER, in contrast, holds the plasma steady with powerful magnetic fields inside a doughnut-shaped chamber known as a tokamak. Some of the field is provided by a complex network of superconducting magnets, the rest by the plasma itself flowing around the ring like an electric current.