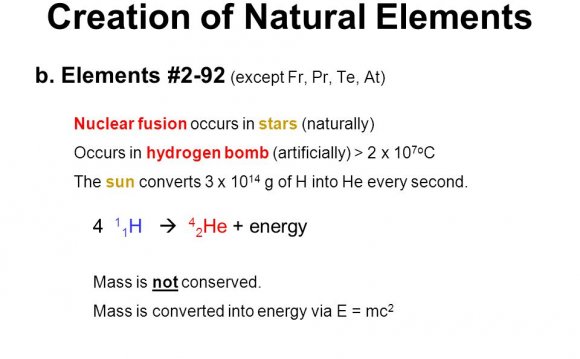 StarChild Question of the Month for September 1999

What makes the Sun shine?

The simple answer is that deep inside the core of the Sun, enough protons can collide into each other with enough speed that they stick together to form a helium nucleus and generate a tremendous amount of energy at the same time. This process is called nuclear fusion. Every second, a star like our Sun converts 4 million tons of its material into heat and light through the process of nuclear fusion.

Our Sun has provided an essentially constant amount of heat and light to Earth for about 4.5 billion years. But just what generates this energy for such a long period of time? Scientists of the 19th century believed that the Sun was powered by chemical reactions. However, calculations showed that a star powered on chemical energy would only last maybe a thousand years or so. In the mid-1800s two physicists, Lord Kelvin and Hermann von Helmholtz, put forward the idea that the huge weight of the Sun's outer layers should cause the Sun to gradually contract. As it contracts, the gases in its interior become compressed and when a gas is compressed its temperature increases. Kelvin and Helmholtz argued that gravitational contraction would cause the Sun's gases to become hot enough to radiate heat energy into space. This process does in fact happen in the protostar phase of stellar formation. However, this kind of contraction cannot be the main source of stellar energy for billions of yearsa hundred million, maybe, but not a billion.

A clue to the source of stellar energy was provided by Albert Einstein. In 1905, while developing his special theory of relativity, Einstein showed that mass can be converted into energy and vice-versa. These quantities are related by the mass-energy relation

where E is the energy released (in units called Joules) from the conversion of a mass m (in units of kg), and c is the speed of light (in meters per second). In 1920, British astronomer Arthur Eddington proposed that the Sun and other stars are powered by nuclear reactions. Hans Bethe realized that a proton smashing into another proton with enough force could be the reaction to power the Sun. In 1938, Bethe and his colleagues presented a fully developed proton-proton chain of reactions that converts hydrogen into helium, which would allow the Sun to shine for about 10 billion years. The proton-proton cycle, as it is now called, is known to be responsible for about 98% of the Suns energy production in its inner core. Bethe won the 1967 Nobel Prize in Physics for his work concerning energy production in stars.

Planet Earth, our bodies, and shining stars are all made of the same basic elements of matter. To understand why stars shine, we must first understand the tiny particles that make up matter. Scientists have studied matter in their laboratories for many, many years. What they have learned about matter is that it is made up of different kinds of atoms  hydrogen atoms, carbon atoms, and iron atoms, for example. Each kind of atom has a certain unique number of particles called protons, neutrons, and electrons in it. The protons and neutrons cluster together in the center of the atom in what is called the nucleus. The electrons orbit around the nucleus. Atoms are very, very small. A hundred million atoms placed side-by-side in a row would only be about 1 inch long!

The simplest atom is hydrogen. The nucleus of a hydrogen atom consists of a single proton. Around this proton orbits a single electron. There is more hydrogen in the universe than any other kind of atom.