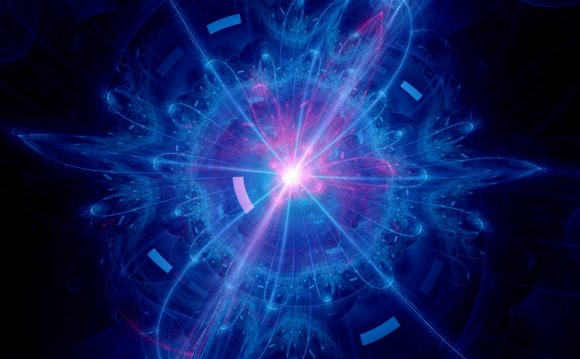 Not many 13-year-olds would describe themselves as an "amateur nuclear scientist." That's precisely what Jamie Edwards calls himself. When most kids his age are off playing video games, Edwards stays late after school to work on a control panel for a nuclear fusion reactor. He just reached his goal of becoming the youngest "fusioneer" in history, narrowly beating out the previous record-holder, who pulled it off at 14.

Last year, Edwards made a presentation requesting funding to build a nuclear fusion reactor, and his school, Penwortham Priory Academy, granted him a $3, 350 budget to make the project happen. Let's just take a moment to savor the sheer awesomeness of that. How many schools do you know would give money to a teenager to dabble in nuclear science?

It takes quite a few specialty parts to build a reactor. Edwards had to order a vacuum chamber, vacuum pump, tungsten wire, an aluminum rod, and valves, among other supplies. One of the biggest challenges was tracking down and sealing leaks in the vacuum chamber. He also had to attend a radiation safety course before putting the reactor into operation.

Edwards has been keeping a blog during the project's development. He says his teachers started to get worried when a canister of deuterium (also known as heavy hydrogen) showed up via special delivery.

Edwards' science project should become the envy of schoolkids everywhere, raising the bar for what young teens can pull off. All those baking soda volcano projects pretty much pale in comparison to a working fusion reactor. The science-fair gauntlet has been thrown down, and it's a doozy.