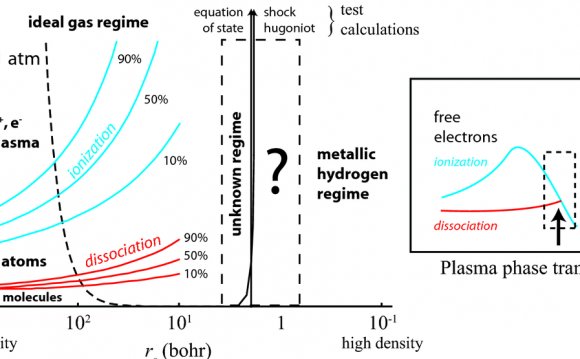 The Wendelstein 7-X fusion device at Max Planck Institute for Plasma Physics (IPP) in Greifswald produced its first hydrogen plasma on 3 February 2016. This marks the start of scientific operation. Wendelstein 7-X, the world’s largest fusion device of the stellarator type, is to investigate this configuration’s suitability for use in a power plant. Zoom Image

Since the start of operation on 10 December 2015 Wendelstein 7-X has produced more than 300 discharges with the rare gas, helium. These served primarily to clean the plasma vessel. The cleaner the vessel wall, the more the plasma temperature increased, finally attaining six million degrees. In addition, plasma heating and data recording were tested, and the first measuring facilities for investigating the plasma were put into operation, viz. complex instrumentation such as X-ray spectrometers, interferometers, laser scattering and video diagnostics. “This makes everything ready for the next step”, states Project Head Professor Dr. Thomas Klinger. “We are changing from helium to hydrogen plasmas, our proper subject of investigation.”

The first hydrogen plasma, which was switched on at a ceremony on 3 February 2016 attended by numerous guests from the realms of science and politics, marks the start of scientific operation of Wendelstein 7-X. At the push of a button by Federal Chancellor Angela Merkel, a 2-megawatt pulse of microwave heating transformed a tiny quantity of hydrogen gas into an extremely hot low-density hydrogen plasma. This entails separation of the electrons from the nuclei of the hydrogen atoms. Confined in the magnetic cage generated by Wendelstein 7-X, the charged particles levitate without making contact with the walls of the plasma chamber. “With a temperature of 80 million degrees and a lifetime of a quarter of a second, the device’s first hydrogen plasma has completely lived up to our expectations”, states Dr. Hans-Stephan Bosch, whose division is responsible for operation of Wendelstein 7-X.

The present initial experimentation phase will last till mid-March. The plasma vessel will then be opened in order to install carbon tiles for protecting the vessel walls and a so-called “divertor” for removing impurities. “These facilities will enable us to attain higher heating powers, higher temperatures, and longer discharges lasting up to ten seconds”, explains Professor Klinger. Successive extensions are planned until, in about four years, discharges lasting 30 minutes can be produced and it can be checked at the full heating power of 20 megawatts whether Wendelstein 7-X will achieve its optimisation targets.

The objective of fusion research is to develop a power plant favourable to the climate and environment that derives energy from the fusion of atomic nuclei just as the sun and the stars do. As the fusion fire only ignites at temperatures of more than 100 million degrees, the fuel – a thin hydrogen plasma – must not come into contact with cold vessel walls. Confined by magnetic fields, it floats virtually free from contact within the interior of a vacuum chamber. For the magnetic cage, two different designs have prevailed – the tokamak and the stellarator. Both types of system are being investigated at the IPP. In Garching, the Tokamak ASDEX Upgrade is in operation, the Wendelstein 7-X stellarator is operating in Greifswald.

At present, only a tokamak is thought to be capable of producing energy-supplying plasma and this is the international test reactor ITER, which is currently being constructed in Cadarache in the frame of a worldwide collaboration. Wendelstein 7-X, the world's largest stellarator-type fusion device, will not produce energy. Nevertheless, it should demonstrate that stellarators are also suitable as a power plant. Wendelstein 7-X is to put the quality of the plasma confinement on a par with that of a tokamak for the very first time. And with discharges lasting 30 minutes, the stellarator should demonstrate its fundamental advantage – the ability to operate continuously. In contrast, tokamaks can only operate in pulses without auxiliary equipment.

The assembly of Wendelstein 7-X began in April 2005: a ring of 50 superconducting coils, some 3.5 metres high, is the key part of the device. Their special shapes are the result of refined optimisation calculations carried out by the “Stellarator Theory Department”, which spent more than ten years searching for a magnetic cage that is particularly heat insulating. The coils are threaded onto a ring-shaped steel plasma vessel and encased by a steel shell. In the vacuum created inside the shell, the coils are cooled down to superconduction temperature close to absolute zero using liquid helium. Once switched on, they consume hardly any energy. The magnetic cage that they create, keeps the 30 cubic metres of ultra-thin plasma – the object of the investigation – suspended inside the plasma vessel.

A high temperature converter of water to hydrogen in operation